Most writers have been typically known for spending most of their time writing in coffee shops. But why? Read the rest of the article to know the truth behind this interesting observation.

There Are Great Pros to Writing in a Coffee Shop

Staying at home can actually kill your motivation to write. Therefore, writing occasionally in coffee shops can help in enhancing your efficiency and productivity. It’s also an effective way to leave all the distractions at home.

Some people even like playing coffee shop sounds when they are working at home. Here’s our favorite one:

During their break, they also love watching people do their businesses, in a non-creepy way, instead of just staring at their fridge at home. And if they don’t like the way they serve their own coffee made using fancy espresso makers, a suitable coffee shop can make them a nice, delicious hot coffee. Writers also lose motivation to get out of their houses, since they’re too indulged in their writing. The thought of being in a coffee shop is a great way to make them put their pants on (and wear bra, for the women).

It has been a tradition.
Some of the most prolific modern writers, including the author of the Harry Potter series have written their greatest works in coffee shops and cafes.

Writers want to be “Acknowledged”
According to one of the many theories, the reason why writers love writing in coffee shops is because of visibility. For some reason, writers need to be felt acknowledged while writing, thus they need to be around people. And besides, when a writer is around people, they’re usually embarrassed to do other irrelevant things, such as checking their Facebook once in a while. This way, they’ll be forced to concentrate on what they should be doing as a writer.

It’s Fun and Creative
Writing in cafés isn’t just about work, but there is also a hint of fun. Number of writers have expressed their liking in writing in coffee shops than in their own houses. According to psychologists, when writers are seen in public, they have this thinking that they don’t want to be seen with no purpose. But…

There are cons to writing in a coffee shop.

One of which is the expensive cup of coffee. If writers regularly go to a café serving overpriced (but delicious) coffee, then they’ll run out of money before you can even finish your book/novel.

If you like their atmosphere, we all know you can’t just stay in the coffee shop for 3 hours without ordering something. Sometimes, the atmosphere can be crappy as well. It might be likeable at first, but then a group of businessmen will enter and smoke inside. There are some coffee shops with chairs that gets uncomfortable when you sit too long.

There are also cafés with outlets that doesn’t work. These shops might even do these things on purpose to prevent you from staying too long in their establishment. 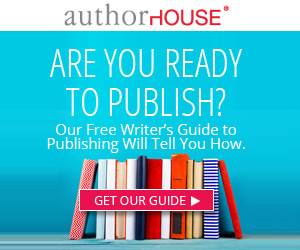